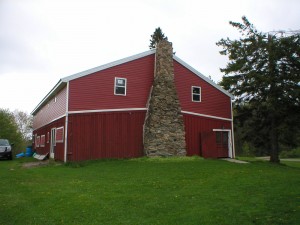 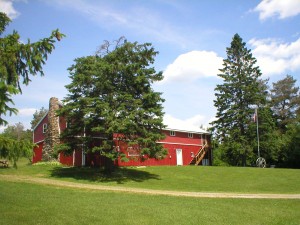 The Draper Building aka Rec Hall
The Rec Hall has a kitchen, dining hall and large group room for chapel, etc., on the first floor. The second story holds an arts/crafts room, a large playroom for rainy day games, ping pong, etc., the canteen and storage closets. The Rec Hall as it is commonly called was renovated in 2006.

This building is named in memory of Richard A. Draper who was one of the founders of CHC and who was killed in the collapse of the Schoellkopf Power Plant in 1956.
(for more information see http://www.niagarafrontier.com/schoellkopf.html). 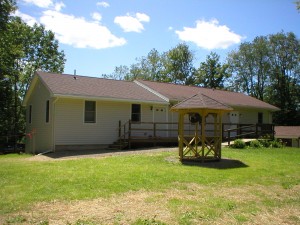 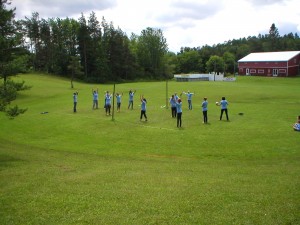 Our ball field and pool. 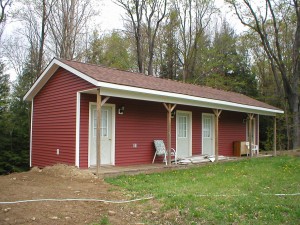 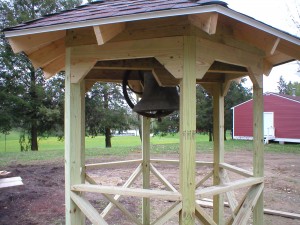 1855 Meneely Bell History: Meneely Bell cast in 1855 West Troy, New York. This was the bell for the Suspension Bridge Church of Christ which began in 1868, was incorporated in 1898 and changed its name to First Christian Church in 1948. That church planted the Pekin Church in the early 1870s from which came the Lasalle Church of Christ in Niagara Falls, NY. A group from that church purchased this land and formed Christian Heights Camp in 1947. The First Christian Church donated the bell to camp in 1999 when it merged with the Lewiston Baptist Church, becoming the United Baptist-Christian Church, Lewiston, New York.
(Suspension Bridge was a village north of the Falls and later was incorporated into the City of Niagara Falls, NY). 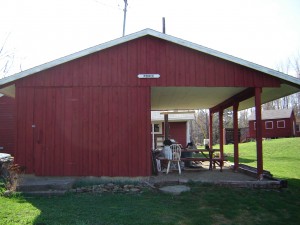 The Peirce Building aka the Well House
This building is used as storage for pretty much everything. We store tools, overnight materials, and sports equipment in this building. 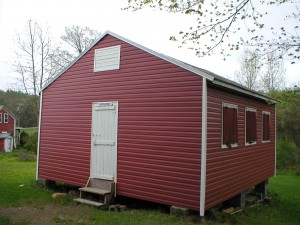 Montgomery Cabin
One of the Girls’ bunkhouses. 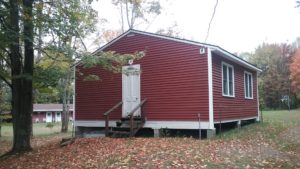 Brown Cabin
One of the Girls’ bunkhouses. 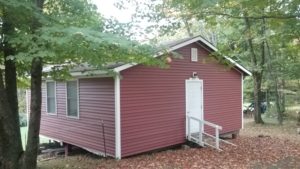 Hewitt Cabin
One of the Girls’ bunkhouses. 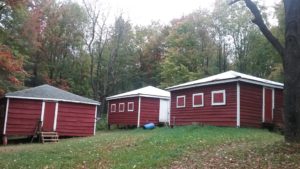 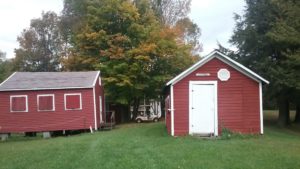 Mitchell Building
used for storage (with Mongomery Cabin in the background). 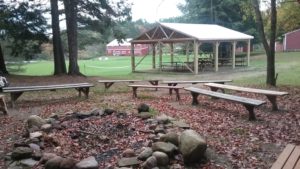 Please navigate to Appearance → Widgets in your WordPress dashboard and add some widgets into the Sidebar widget area.